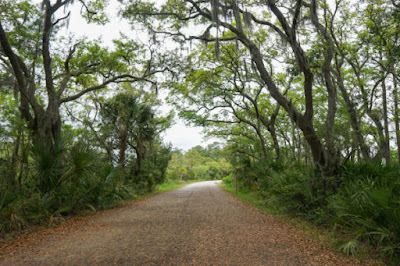 I haven't been in South Carolina for many years, but am here now for a dear friend and colleague's memorial. She didn't live here herself, but her parents moved to Hilton Head in 2000. The place became home for her family, and served as a delightful setting for many joyful reunions.

So it's no wonder her memorial would be held here -- amidst palmettos, salt marsh, and constantly changing skies. I took a sweet walk at Pinckney Island National Wildlife Refuge [pictured] yesterday, just to savor the place.

It has been a time of fullness, connection, weeping, laughter, remembering, and dwelling at the confluence of spirit and flesh. Since it's January, the skies wept along with the humans. There have also been multiple uncanny events which I will not describe right now, because I do not yet understand them. Later, for that.

Sue and I met when she decided to change her specialty from Ob-Gyn to Psychiatry. I felt so fortunate to participate in her training, because she was bright, funny, and open-hearted. Psychiatry was evolving from psychotherapy-based to domination by pharmacotherapy and managed-care, but in those days we still had time to get to know our patients. Our usual length of inpatient stay, in fact, was around 3 weeks. I know she went through some times of burnout as we all did, but she was deeply committed to learning a new specialty. Through her astute and probing questions, she helped me grow too. We became comrades, observing healthcare systems and departments with curiosity -- often wondering aloud in "Whiskey-Tango-Foxtrot" terms at what we saw.

After she graduated, we stayed in contact and became trusted friends. She was kind and supportive as I went through an extremely difficult divorce. I listened to her dilemmas also -- not as a therapist, but as a friend. I don't think I've ever felt so heard and cared for as a person, or had my seemingly "weird" ideas held with such kindness as she offered.

She also had a gift for writing, and a heart for wandering in beautiful places. We were both drawn to the Southwest, and had many a hike in Arizona where I eventually moved and she also worked for a time. She and her lovely RN wife Michele were often guests in my home, and we were a lively trio. All of us had a fondness for Native Americans and their culture, so was it any wonder that Sue would eventually land a job on the Navajo reservation? Gosh, she was ever-learning and growing -- and not afraid to traverse the nation back and forth as she explored and worked in new places. I so admired her courage to pick up and GO, when she felt it was time. I had done a good bit of that, myself.

When this vibrantly healthy, organic-foodie, humor-loving, and self-care embracing woman showed up with metastatic bladder cancer, we all were shocked. At the time she was diagnosed, she'd been planning to join me at one of my physician burnout workshops not far from where she lived. The biopsy news made it clear what was coming though, and she needed to cancel the conference and attend to her health. By then she was medical director of an integrated primary care/mental health system in Washington state, and also had to plan for transitions in her work capacity. None of that did she love. She kept saying, "I'm just not ready to be a cancer patient." She hated that part, and devoted all kinds of energy to being more in her life than in her illness.

Yet in typical Sue style, she also pursued consultations and participated in multiple treatment trials all over the nation. We talked about pros and cons, and the great trepidation and sadness she felt over selling the beautiful property she and Michele had bought on the water. It had been their dream, but was more than one person could comfortably manage. Its locale was a blessed solace for 2, but potentially isolating for someone living alone. She didn't want to imagine dying -- but had to plan for "just in case." Knowing that I had been close to death just a couple years before, she wanted to hear about what I'd learned. We talked as much about that as she would ask for and/or tolerate.

Today there was a wealth of family and friends who loved her, and who especially enjoyed her laughter and zany stories. When she listened to you, you felt like the only person in the room. And, her warm laughter opened hearts. I don't know "why" these illnesses show up in people who are so loving and connected, but they do. I wish they didn't. She was part of so many lives, and we all miss her profoundly. Our time with her though, has brought healing to all of us in one way or another. We are better human beings because Sue has been in our lives.

As Mary Oliver wrote in her poem, "In Blackwater Woods":

"To live in this world

you must be ableto do three things:to love what is mortal;to hold it

against your bones knowingyour own life depends on it;and, when the time comes to let itgo,to let it go."

I can't help but wonder, what's she seeing now? Thinking of her in my heart, and breathing a "thank you."

Popular posts from this blog

Ho'oponopono Cleaning: Which Tool For You? 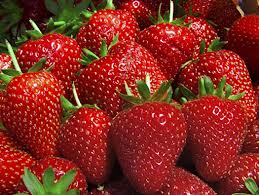 Many people think that in order to do Ho'oponopono properly, we must direct our cleaning efforts towards particular problems that arise in our lives.  Examples might be traffic jams, financial crises, health issues, or arguments with family members. I used to think this too.  Thus, I wanted to know specifically how to "clean" with whatever problem was happening, when it was happening.   What particular process or tool should be used for each? More importantly, I wanted to know exactly "what" I was cleaning with at any particular time -- in order to pick the right tool, of course.  And if I was doing it well enough, the problem should clear up, right?  :-) I must have thought my intellectual mind was in charge of things, even though I had many times read Dr. Ihaleakala Hew Len's article, "Who's in Charge?" . From that article:   "Memories replaying dictate what the Subconscious Mind experiences. The Subconscious Mind
Read more

This is a very brief video conversation with Morrnah Simeona and Dr. Ihaleakala Lew Len. Morrnah passed into spirit in Germany, in 1992. The sincerity in both of them comes through for me. Morrnah became known for "updating" the ancient Ho'oponopono process of correcting errors and making things right, for modern times. She termed her method "Self-I-dentity Through Ho'oponopono." They speak of allowing Divinity to help each of us heal ourselves and our relationships through repentance, forgiveness, and transmutation -- the last of which, only Divinity can do. They point out that Divinity created us, not any other person. The traditional Ho'oponopono process involved an entire group of people, moderated by an elder who might make suggestions to dissipate family conflict. Here, Morrnah explains that her amendments rely on each person's bonding directly with Divinity, rather than relying on any other human to solve his or her problems. Further, she
Read more

Is Ho'oponopono a "Magical Fix"? 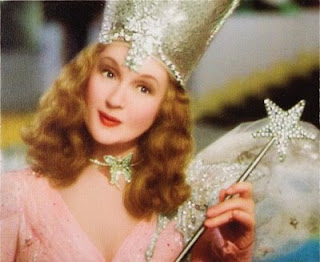 Something has been bothering me, and I want to share it here.  Ho'oponopono has a rich tradition of restoring harmony in families experiencing conflict -- and it long predates Christian missionaries ever visiting Hawaii. Traditionally, the practice required gathering the entire family (including children!) together for an extended and honest discussion of their difficulties, in the context of prayer, sincere listening, repentance, and forgiveness. A family or community elder guided and arbitrated the process, making sure that explosive emotions were contained. Otherwise, the proceedings themselves could traumatize the group further. All layers of feeling and action were examined, though. And as needed, contrition and restitution were encouraged, planned for, and carried out. You couldn't just dismiss someone's feelings about you -- you had to truly take in and consider them, and see how your own behavior was impacting others. I am sure many of these sessions brought out
Read more

Pam Pappas MD
Scottsdale, AZ, United States
I’m a lover of people, nature, spirit, and stories. We carry these in our hearts and minds, and they change how we see ourselves and others. A psychiatrist for nearly 40 years, I’m also a coach and mentor to physicians and other creative souls who are transforming their lives through burnout and beyond. A near-death experience in 2016 immersed me in the intelligent energy (or Mana) behind life. I saw that all beings are part of this energy, and that the same powerful yet intimate guidance is available to us all. Underlying all spiritual traditions, the 3 Principles of Mind, Consciousness, and Thought (as described by Sydney Banks) have deepened my life ever since – bringing forward more love, understanding, and clarity than I had ever imagined before.