Something from Nothing: Preposterous, Placebo, or Possibility? 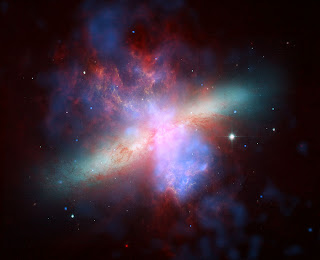 For the last several days I've been in Vancouver, BC learning from Jan Scholten MD, a homeopathic physician from Utrecht, in the Netherlands. Over 100 other homeopaths from all over Canada and the USA gathered to hear about his current work with mineral and plant remedies. He's especially interested these days in people who have autoimmune diseases.

Dr. Scholten has given a great deal to the world, including now working with HIV patients in Africa. He and his colleagues with the AIDS Remedy Fund piloted a study in Kenya with patients using a homeopathic remedy called "Iquilai," said to restore balance of mineral nutrients needed for effective immune function.
AIDS is a disease that many consider hopeless, especially in Africa. Perhaps it doesn't have to be . . . and as Dr. Ihaleakala Hew Len might say, we don't really know what is going on anyway.
Prominent symptoms AIDS patients experience include opportunistic respiratory infections, loss of appetite, weakness, diarrhea, depression, and emaciation. Antiretroviral treatments can help some of this, but are extremely expensive and not easy to come by in Africa. Plus, side effects limit patients' desire to take them.
Homeopathic remedies are much less expensive than pharmaceuticals, and come without side effects.
In the Iquilai Pilot Study, 228 HIV+ patients in various stages of illness were offered treatment with the homeopathic remedy Iquilai. The group included 78% patients with advanced AIDS (with CD4 counts less than 200 in the 59% of the group tested for this.)
About half the patients were already receiving antiretroviral (single drug) treatment, but not if their CD4 counts were more than 200. Many individuals had stopped the antiretrovirals because of side effects.
Despite so many of them having advanced AIDS, more than 90% of the patients had a positive response to the remedy, documented through improved Karnofsky Scores (a measure of functional impairment in daily life). Three granules of Iquilai were given for 5 days in a row; within one month most of the patients went from inability to work and take care of themselves to being able to perform normal duties.
Within the first week after dosing, opportunistic infections clearly went down; 100% of patients also noted improved appetite, often within 1 week. Diarrhea, weakness, difficulty breathing, and fever remitted also. There were no side effects, and CD4 counts nearly doubled over several months.
You may think this is nothing . . . but it is a particularly surprising kind of "nothing".
Homeopathic remedies (like Iquilai) are diluted and vigorously shaken past the point of any molecules of original substance remaining in them. In other words, they are "nothing" in the sense that they are dynamic only. They contain information about the original substance from which they're made, but usually no actual molecules of the substance itself. Many scientists label this "preposterous". How can medicines considered to be "nothing" affect living beings?
In this particular study (and many others too) "nothing" was actually "something" -- and produced measurable results.
Additionally, there were no interactions with antiretroviral drugs in the patients receiving those. To boot, the Iquilai patients NOT on antiretrovirals got as much improvement as those who were on them. So as much as you might want to, you couldn't attribute the positive results to antivirals alone.
Some might claim "placebo", but these patients have maintained their improvements for 9 months so far. As this was only a pilot, Dr. Scholten is gathering resources for a double blind study to test things further.
My guess is he will find more results from his "nothing" that are "something." This universe and its mysteries continue to humble me. The void within me, smiles.
Peace Begins with Me,
Pam
Posted by Pam Pappas MD at 4:38 PM